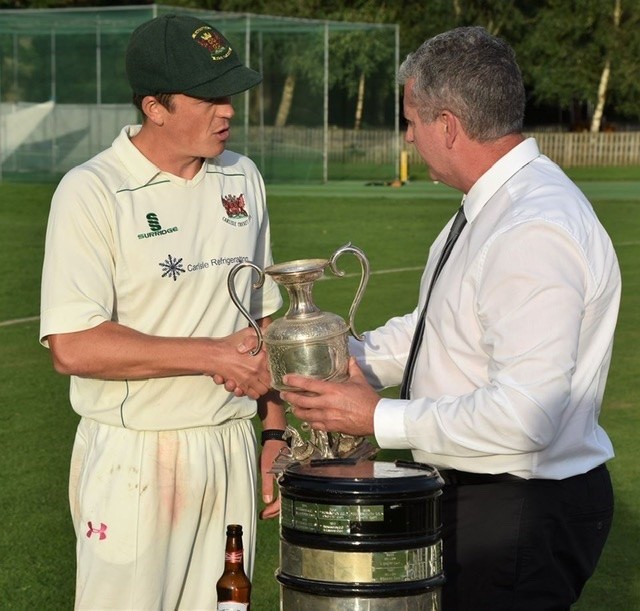 Hindmarch, who hails from Keswick, has spent the last two years coaching at the prestigious Whitgift school in Surrey.

Family circumstances mean he's moving back to the county, and he says he's looking forward to playing cricket in Cumbria again.

"Once people found out I was returning, Carlisle captain Marc Brown really sold me the idea of playing down at Edenside.

"It's a club on the up, winning the league last year with a team of mainly local lads who came through the junior set up."

He began his career at home town club Keswick, before joining Durham, where he progressed through the ranks.

Although injuries held him back, he went on to play both minor counties cricket for Cumberland, and with the Unicorns as he tried to get back into the first class set up.

There followed a year at Penrith in the Northern Premier League before the move south to coach at the school that has produced England internationals such as Jason Roy.

"I had a fantastic time there and at Surrey CCC, and it was a wrench to leave, but I'm hoping to complete my level 4 coaching qualification, so will be looking to carry on my coaching with young players here too," he said.

"Paul is a genuinely talented cricketer. He's still young and will not only give us a genuine all round option as we look to defend our title, but we're hoping he'll play a full part in developing our young cricketers too.

"I know other clubs were interested, so we've beaten them to his signature."

Carlisle's senior players will start preseason training in the new year, with Brown hopeful of a successful season ahead.

"Getting Paul is a real coup for us. It's always important to strengthen when you're doing well to keep that momentum going."